Well known and long revered, Humulus lupus has engrained itself firmly alongside human existence. It is no wonder that hops and its close cousin, cannabis, have become two of the most prominent herbs in history and share many of the same enjoyable qualities. Lets celebrate this wonderful plant as we typically do!

Distinguishing features:
The hop plant is a twining, rough perennial having angular, rough, flexible stems, which twist around neighboring objects in a spiral direction from left to right, and climb to a great height. The leaves are opposite, and stand upon long footstalks.

Hops consists of numerous thin, translucent, veined, leaf-like scales, which are of a pale greenish-yellow color, and contain near the base two small, round, black achenes 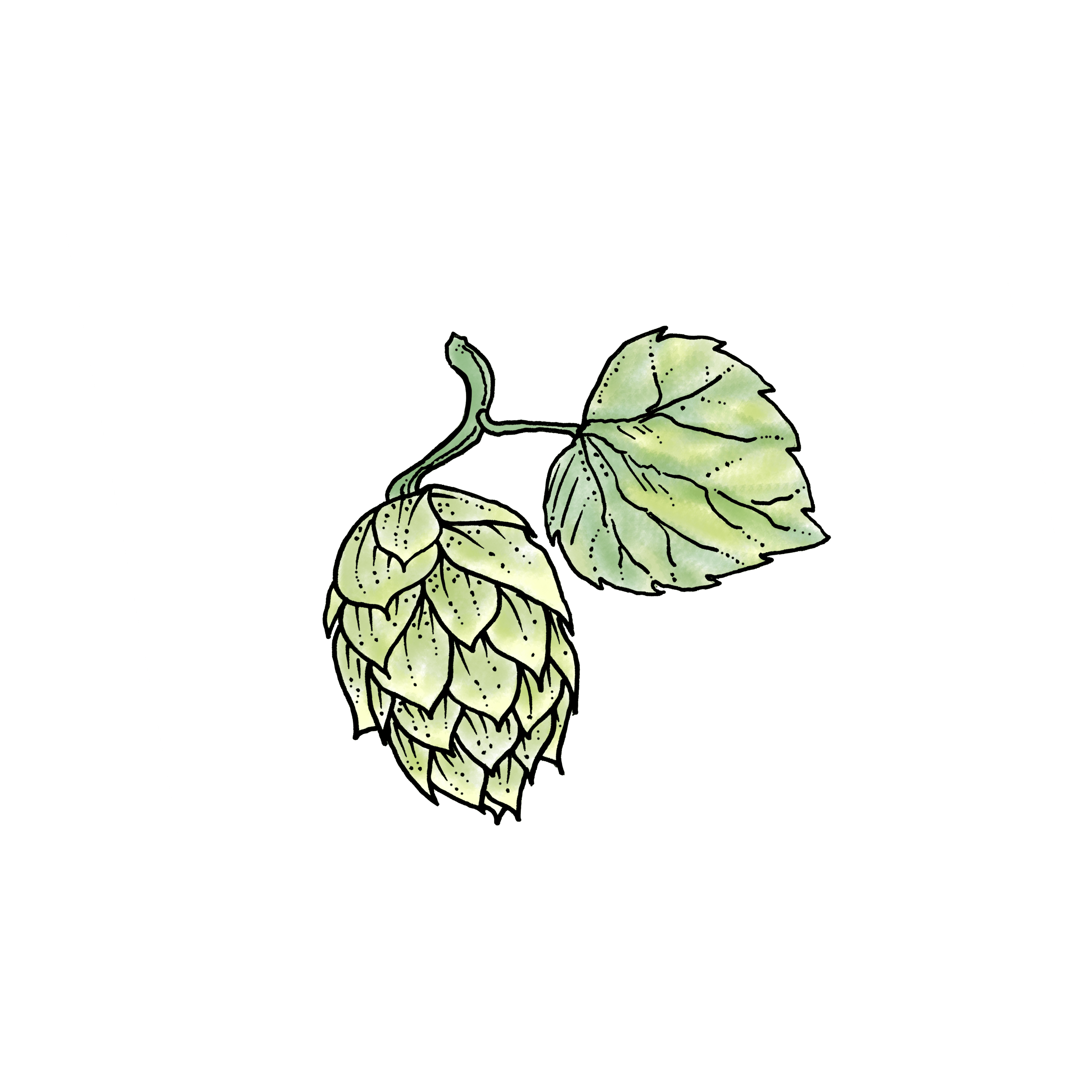 Hop production is concentrated in moist temperate climates, with much of the world's production occurring near the 48th parallel north. Hop plants prefer the same soils as potatoes and the leading potato-growing states in the United States are also major hops-producing areas. Hops typically prefer soil rich in boron for optimal growth.

Hops are trained to grow up trellices and wires to maximize their yield.

Flowers are typically picked in late August and September after they have been able to open and dry partially on the vine. Squeeze the cone to see if it is light and springy, then you will know that the are ready.

You can either pick individual flowers throughout the harvest season, or cut down the whole vine 3 feet above the ground to maximize your yield. Worry not, the vine will grow back strong next year.

Lay out the flowers in a single layer on a large screen in the shade with ample airflow. Turn all the flowers over every few days until they are dry.

Store in a sealed glass jar out of direct light and heat sources.

The first recorded use of hops is referenced in the late 10th century, but its use is often attributed to Hildegard Von Bingen in the 14th century, 300 years later.

Beers were previously brewed with other bitter herbs before hops were utilized. It replaced herbs such as burdock, dandelion, horehound, heathers and many other plants typically associated with bitter qualities.

In ancient times the young shoots of the plant were often eaten as food. As a medicine, it was taken to treat digestive disorders, rheumatic joint, heart conditions, insomnia, and painful teeth infections.

Appears to be due to induction of quinone reductase (a hepatic phase II detoxifying enzyme) and reduced expression of CYP1A1 (aphase I enzyme that activates chemical carcinogens). Prenylated flavonoids from hops decreased growthand destroyed human breast, colon, and ovarian cancer cells in vitro.

Canthohumol activates the nuclear receptor farnesoid X receptor (FXR) and improves lipid and glucose metabolism. Isohumulones, which are bitter acids derived from hops, have been shown to activate peroxisome proliferator-activated receptors (PPAR)-alpha and PPAR-gamma in vitro and reduce insulin resistance in diabetic mice

We utilize hops in our Sleep & Sleep Hemp tea, which is are a blend of relaxing and sedating herbs designed to release stress and tension built up throughout the day, lighten our mood, and allow our body to fall into it's natural cycle of rest and restoration.